Thank you for visiting this innovative platform

A shared space where we advocate for social transformation through collaboration, engagement and empathy.

The reforms initiated by Prime Minister Abiy Ahmed since 2018 have made significant strides toward promoting a system of responsive and accountable governance through a series of political reforms aimed at ensuring the rule of law and democratisation. This led to political openings, resulting in the release of political prisoners, the start of an anti-corruption campaign, and relaxation of the relations with neighbouring Eritrea.

Political actors and media are experiencing a transitional phase, but do not seem to be able to seize the opportunities that are being presented easily. Most public media institutions are affiliated with the dominant political elite, and are divided along some interest groups including ethnic lines; and independent media outlets try to survive in a politically and economically volatile climate with decreasing revenues from advertisements.

Start a discussion in the forum

In the light of:

We propose a multi-faceted approach that simultaneously:

The country has been undertaking different interventions and political reforms to ensure peace and rule of law, promote human rights, democracy, and good governance by using the media. Nonetheless there are widespread challenges and pressing sectoral capacity needs. In particular, the justice sector needs strengthening in order to ensure the principles of the rule of law.

Legal professionals at all levels lack professional skills, tools and the appropriate work climate to perform their tasks well; many court cases get delayed and do not get finished.

We believe that collaborations with academic institutions, policy makers and independent media channels are necessary to ensure and advance freedom of expression, critical debate, and policy reform, and to promote government performance particularly in the justice sector.

Get involved with us: 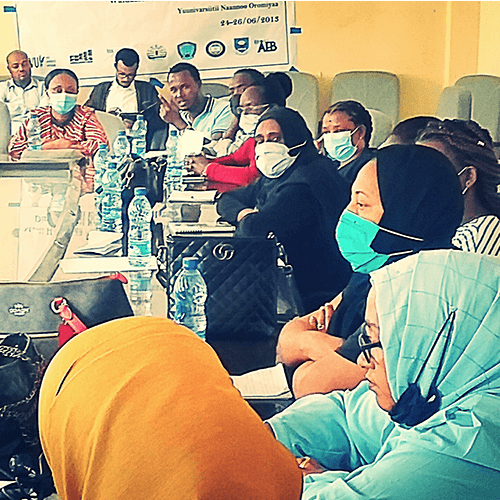 Call for expression of interest

Development of a Training Module on Judicial Independence in Ethiopia

Would you like to add your voice to the dialogue?

Reach out to us with specific enquiries 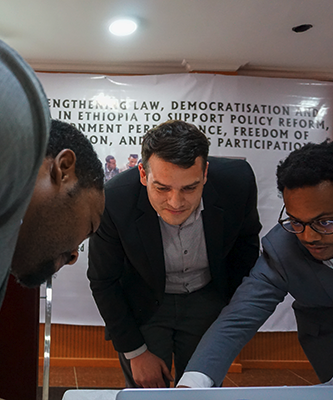 LA-DEM-MED is funded by NUFFIC under the Orange Knowledge Programme.